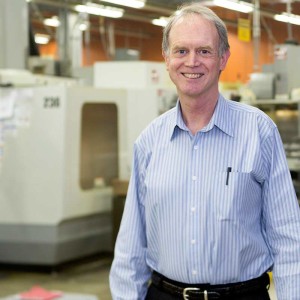 Dave Morris is Chief Executive Officer, key shareholder, and Principal of Electro-Mechanical Products (EMP), Inc. He also serves as Chairman of the Board for EMP, a position he’s held since 2000. Dave joined EMP as a Mechanical Design Engineer in 1986, and has held numerous positions with the company, including Production Manager, Sales Manager and Vice President and Minority Shareholder. In 2000, he completed a Management Buyout of the Company and restructured Electro-Mechanical Products to better facilitate rapid top-line growth and expansion into new markets.

Under Dave’s leadership the company more than doubled in size and has transitioned from a regional machine shop to a technology-driven contract manufacturer focused on the production of thermal management products and precision components.

Dave’s secondary strength is in financial systems, where he spends a significant amount of time ensuring EMP’s compliance to accounting standards, overseeing treasury management activities, as well as interfacing with the company’s business bank and outside audit firm.

Dave began his career in the Aerospace industry, where he was a Mechanical Engineer at Lockheed Missile and Space Company, performing design tasks and thermal analyses on heat-pipes and antenna systems for satellites. 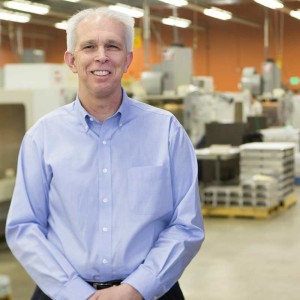 Dave Wolenski is President, key shareholder, and Principal of Electro-Mechanical Products (EMP), Inc. He has been a director on EMP’s Board since August 2000 and has served as an officer of the company since November 2002. In conjunction with EMP’s CEO, Dave Wolenski has led various business development initiatives since 2000 and has forged strategic partnerships in Mainland China and throughout the Asia Pacific region. He also spearheaded the company’s expansion into the Laser and Photonics Industry, which is EMP’s fastest growing business segment to date.

Concurrently, since June 2013, Dave has served on the Board of Qualstar Corporation (NASDAQ:QBAK), a public company engaged in the manufacture of data storage solutions and small-footprint power supplies for the broader electronics markets. He was elected Chairman of the Board in June 2014. From 1996 to 2000, Dave was Chief Executive Officer of OZO Automation, Inc. (OTCBB:OZOA), a public company that designed and produced robotic workstations used in the manufacture of cell phones and related electronic subsystems. As Chief Executive Officer, he also managed the sale of OZO to JOT Automation of Olunsalo, Finland, and later served as President of JOT’s Depaneling subsidiary from 2000 to 2001. 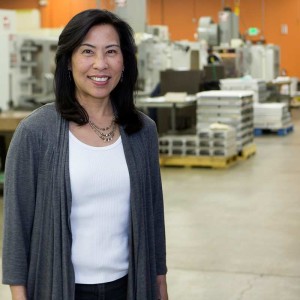 Carole J. Kagiyama is the Vice President of Electro-Mechanical Products (EMP), Inc. She has a diverse background in world-class Business Leadership and most recently served as Director of Marketing for CGH, Inc., a subsidiary of Grey Mountain Partners (a private equity firm), in commercial and security glass business. Previously, Carole spent 24 years with Johns Manville Corporation (a Berkshire Hathaway Company), where she held various positions of increasing responsibility, including Research Engineer, R&D Manager, Product Manager, Marketing Manager, and Business Leader.

Much of Carole’s work during her career has focused on the Sales and Marketing of engineered products to customers in the aircraft and aerospace industry, including Boeing and Airbus, as well as Automotive, HVAC, and office business segments.

Carole’s experience in working with customers from technical backgrounds, combined with her past experience in Sales & Marketing roles, makes her uniquely qualified to excel in this position. Carole’s background and expertise in pricing policy, strategic sales growth, and account management will help EMP to better align the company’s interests with the interests of our key customers, now and in the future.

Carole holds a BS degree in Biomedical and Chemical Engineering from Arizona State University, and an MBA from the University of Colorado at Denver.